Use cloth or recycled bags. Do not acquire any new plastic bags today. 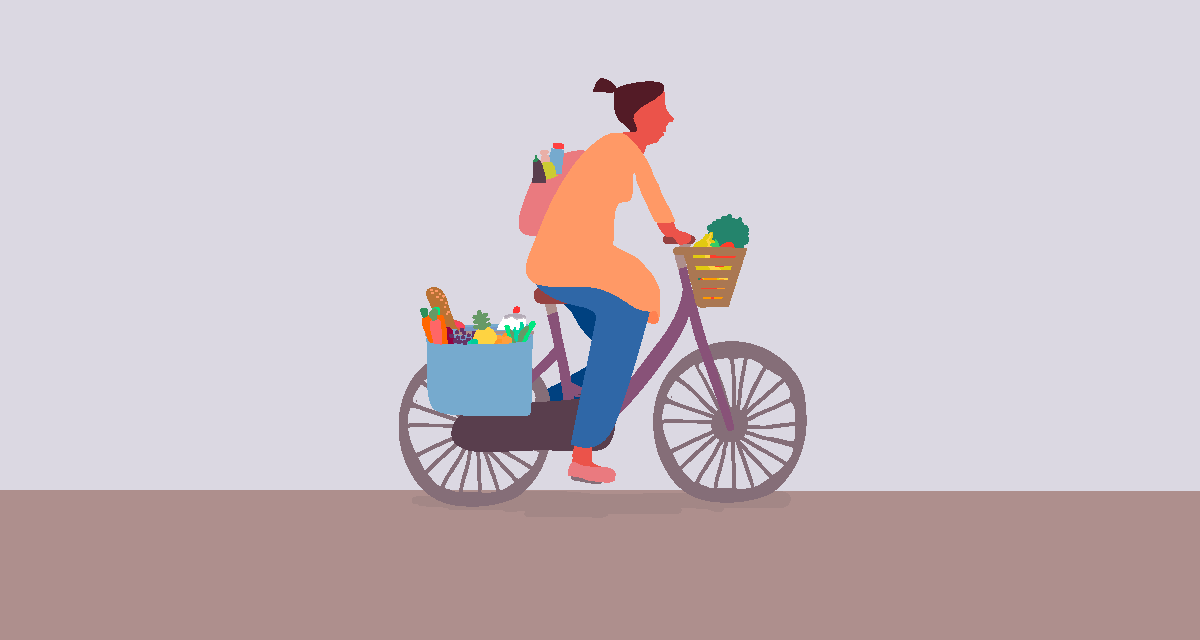 Our use of plastic is a humungous global problem. The creatures we share the planet with, and the land and oceans, are suffering. We have become addicted to the “unconscious ease of convenience” prompting us to use and discard plastic bottles, packages, bags, and drinking straws. A staggering 8.8 million tons of plastic are being dumped into the oceans every year. Like any addiction, the looming question becomes, “Why can’t we stop?” Let’s figure out what it would take to quit.

What Are Plastic Bags Made Of and Where Do They Go?

Plastic bags are commonly made from either #2 high-density polyethylene or #4 low-density polyethylene. Though polyethylene is considered non-toxic to humans, it has harmful effects during production and downstream. It does not decompose, but disintegrates into pieces, eventually forming a fine “dust” that poisons fish and wildlife as it is absorbed into the food chain. At least 80 percent of the giant swirling soup of trash known as the Great Pacific Garbage Patch is made up of plastic particles, mostly derived from shopping bags. Non-vegan humans eventually ingest these in fish, poultry and meat. What comes around, goes around.

On land, plastic bags are one of the most common types of garbage worldwide. Collections of plastic bags cause blockages in local drainage systems in developing countries, or otherwise end up in landfill sites.

The typical plastic bag is used for only 5 minutes, yet can take up to 1,000 years to break down in the environment. Is it worth it?

How Do Plastic Bags Harm Animals?

Plastic bags and food containers often emit scents that attract animals. Over 100,000 animals – ranging from sea turtles to whales to camels – die each year from the ingestion of plastic bags. The plastic can obstruct the animal’s digestive tract, blocking the passage of food, leading to death by starvation, poisoning or infection. Birds, fish, turtles and whales frequently die from becoming entangled in plastic fishing lines and plastic six-pack holders, from swallowing plastic bags, or by getting trapped inside plastic bottles and containers. Marine animals eat minute bits of plastic, either because they look similar to their natural prey, or there are food residues on them, or they have accumulated in other animals that are then eaten. Turtles, dolphins, and whales can choke or starve by mistaking plastic bags for jellyfish. In August 2000 an autopsy of a beached whale’s stomach revealed 20 square feet of mostly single-use plastic shopping bags, which filled its entire stomach.

The Toxins in Plastic Bags

We all are. If we continue to use plastic bags, someone will make them. The plastics industry wants to continue production for profit, and has launched campaigns against endeavours to reduce or ban plastic bag use across the U.S. The American Chemistry Council (ACC) works hard to protect the plastic industry’s market share and profits, by spending millions of dollars on lobbying each year.

Many communities, cities and countries all over the world have banned plastic bags or charged a fee for their use including Bangladesh, Towns in England, China, New Delhi, Bhutan, South Australia and Italy. Ireland, Switzerland, Holland and Germany have had no-bag policies for many years now, with all new plastic bags carrying fees.

Over 200 communities across the United States have introduced anti-bag bylaws. It takes us, the people, to create the storm that leads to regulations for environmental protection.

Be a model for others. Buy fabric bags made from cotton or jute. Take them with you wherever you go shopping. Keep them in your car or beside the door so you will see them as you leave your home. If you forget, ask for a box or paper bag in the store.

Adane, Legesse, and Diriba Muleta. “Survey on the usage of plastic bags, their disposal and adverse impacts on environment: A case study in Jimma City, Southwestern Ethiopia.” journal of toxicology and environmental health sciences 3.8 (2011): 234-248.

Use cloth bags for your purchases and take a photo or make a video of you afterwards, and post on your Facebook page, Youtube or Instagram with the hashtag #breasthealthchallenge between Oct 1-31. Challenge your friends to do the same. Also enter your email to receive daily tips from the Breast Health Challenge.