Replace chlorine-based cleaning products with non-toxic alternatives, such as baking soda and vinegar to clean either your sink, toilet, fridge, stove, floors and/or counters. 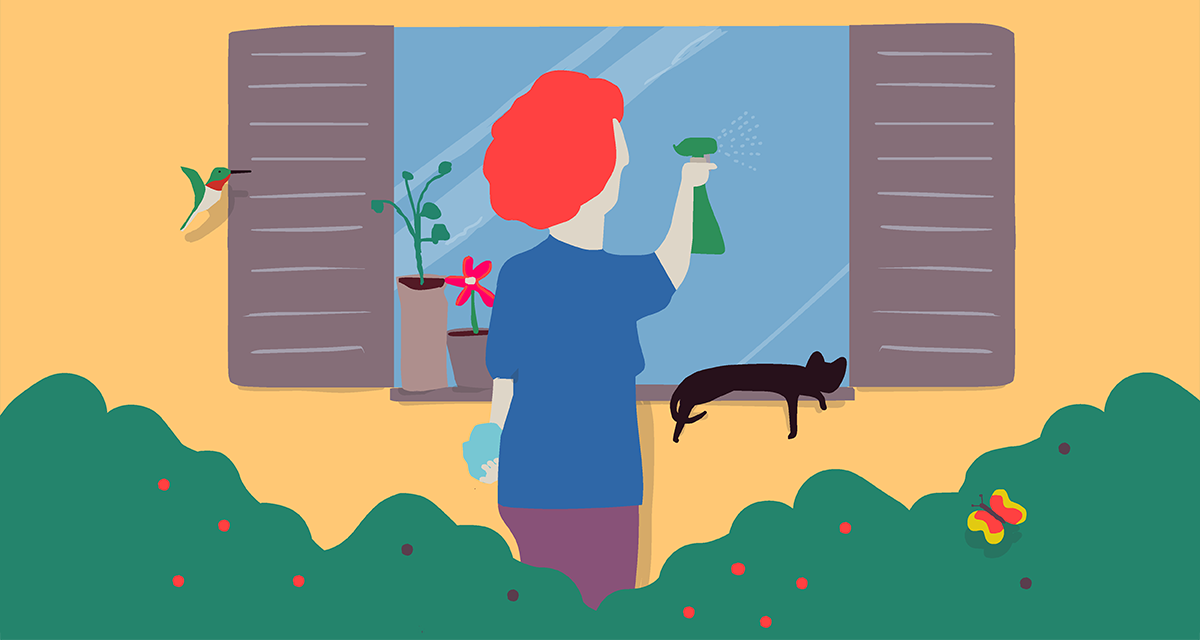 Are you among the millions of consumers who believe that because it is sold on the grocery store shelves it must be safe?  Well, think again!  The dangers of bleach and other cleaning products are well documented but many times ‘brushed under the rug’ for profit.  Chlorine was listed as a hazardous air pollutant in the 1990 Clean Air Act, and exposure to chlorine in the workplace is regulated by federal standards. But did you know that there are no regulatory agencies that monitor the products that are brought into your home?

Should I worry about chlorine in household cleaners? In a word: Yes. Whether found alone or in a mixture of other chemicals, household products that contain chlorine pose a number of serious health risks. Chlorine plus carbon forms an organochlorine chemical, which has the ability to mimic the hormone estrogen. Products of special concern include: automatic dishwashing detergents, chlorine bleach, chlorinated disinfectant cleaners, mildew removers, and toilet bowl cleaners.

The most obvious danger of Chlorine Bleach is printed clearly on the label. It is a heavily corrosive material capable of irritating the eyes, skin and respiratory tract often by simply inhaling the gases its use emits. This inhalation has been noted to deteriorate the lungs and esophagus lining in addition to the scarring of the respiratory tract.

Mixed with ammonia … bleach releases a gas that can cause your lungs to stop functioning. Where is ammonia lurking that bleach often mixes with it? Toilets. Urine contains ammonia, right?

Mixed with dish soap … bleach produces mustard gas. That’s right, the stuff from World War I that caused severe chemical burns, conjunctivitis, temporary blindness, bleeding and blistering within the respiratory system, and (in some cases) cancer. Not cool, folks.

Mixed with organic matter in the water or our bodies … chlorine forms organochlorines such as chloroform. Chloroform? Yep. Inhaling chloroform vapors depresses the central nervous system of a patient, causing dizziness, fatigue and unconsciousness. Prolonged exposure can harm organs like your liver, kidneys, and skin. Scientific studies have linked the accumulation of chlorine compounds in breast tissue to cancer.

The United States Environmental Protection Agency (EPA) state that “No information is available on the carcinogenic effects of chlorine in humans from inhalation exposure.  A National Toxicology Program (NTP) study showed no evidence of carcinogenic activity in male rats or male and female mice, and equivocal evidence in female rats, from ingestion of chlorinated water.  EPA has not classified chlorine for potential carcinogenicity.”

There is an accumulative effect on the body causing a tremendous strain and stress on the major detoxification organs such as the liver, kidneys, and lungs.  Because it happens so gradually over many years, often times we don’t realize it is an issue until organs start to shut down.  And we may never realize these chemicals were a major culprit in our body’s inability to heal. In addition to allergies and respiratory ailments, exposure to organochlorines has been strongly linked to breast cancer.

The Effect on the Environment

After bubbly cleaning liquids disappear down our drains, they are treated along with sewage and other waste water at municipal treatment plants, then discharged into nearby waterways. Most ingredients in chemical cleaners break down into harmless substances during treatment or soon afterward. Others, however, do not, threatening water quality or fish and other wildlife. In a May 2002 study of contaminants in stream water samples across the country, the U.S. Geological Survey found persistent detergent metabolites in 69% of streams tested. Sixty-six percent contained disinfectants.

How Can You Protect Yourself and Your Family?

First – educate yourself.  Find safer alternatives to the corrosive materials that now reside under your sink.  You’d be surprised how much cleaning and laundry you can do with baking soda, vinegar, lemon and borax!

To whiten clothes naturally, rinse them in lemon juice and let them dry in the sunlight. Sunlight also helps get rid of mould and mildew; use diluted bleach solutions only as a last resort.

To control bacteria, fungi and mould, add 20 drops of citricidal or up to 50 drops of tea tree or thyme oil to a bucket of water and stir well. Use this solution for mopping or wiping floors, counters, sinks, bathroom tiles, shower stalls and toilets. Put 5 drops of citricidal into a spray bottle with water and spray bathroom tiles and shower stalls to discourage mould growth. Essential oil of thyme is marketed as a product called Benefect.

Use baking soda, vinegar, lemon and borax for your cleaning needs and take a photo or make a video of you doing it, and post on your Facebook page, Youtube or Instagram with the hashtag #breasthealthchallenge between Oct 1-31.